Cheng (Pinyin: chéng) is a commonly used word in modern Chinese. The ancient writing of “city” was first seen in Jinwen of the Western Zhou Dynasty, and “city” was first seen in the Warring States Period. The original meaning of “city” is the wall around the city, which is called the city inside and Guo outside. When using city characters, they mostly include city and Guo. Cities and Guo only refer to cities when they are lifted in pairs. In ancient times, the city also had the meaning of state and state. For example, the city of the central government means the country of the central government. In modern times, cities mainly refer to densely populated areas with developed industry and commerce, and are usually the political, economic and cultural centers of the surrounding areas. In modern times, some large business places are also called city, Such as Bodhi City, Film City and Clothing City.
我循着指示标志找到了地铁城购物中心。
I followed the signs to Metrocity.

银行家与钟表匠已经在伦敦城共同存在好几百年了。
Bankers and clockmakers have coexisted in the City for hundreds of years.

1932年，他在艾奥瓦州的石头城创建了一所学校，那儿成了艺术家的聚居地。
In 1932, he established a school and artists ‘colony in Stone City, Iowa.

孩子们领我穿过迷宫一般的街巷，来到城边。
The children lead me through the maze of alleys to the edge of the city.

如果你进了城，你会注意到所有的酒吧都有音量很大的自动点唱机。
If you went into town, you’d notice all the pubs have loud jukeboxes

他在墨西哥城到处游荡，磨坏了鞋子。
He wore out his shoes wandering around Mexico City.

他从小在巴拿马城中心闹市区的穷街陋巷里长大。
He was raised on the mean streets of the central market district of Panama City.

放眼望去看不到修车厂，所以我就搭顺风车进了城。
There was no garage in sight, so I hitched a lift into town

巴拿马城的公共注册处把所有公司的登记信息都存入了电脑。
The public registry in Panama City keeps computerized records of all companies.

伦敦金融城的经济学家给经济开始复苏的说法泼了冷水。
City economists pour cold water on the idea that the economic recovery has begun.

墨西哥城大约每隔十年降一次雪。
About once in ten years snow falls on Mexico City.

摩加迪沙2/3的居民已弃城而去，据说已成了一座名副其实的废都。
Mogadishu is said to be a virtual ghost town, deserted by two-thirds of its residents.

教皇正在走访该城一些最穷困的地方。
The Pope is visiting some of the most poverty-stricken areas of the city.

没有哪个地方能像大学城那样让你感到未老先衰。
There is nothing like a college town to make you feel old before your time.

他们用高压手段统治该城。
They governed the city with a heavy hand.

劳伦斯一气之下离开了陆军，在伦敦金融城开始了工作。
Lawrence, in a fit of pique, left the Army and took up a career in the City.

伦敦城被指责过于奢华和缺乏竞争力。
The City was criticised for being too exclusive and uncompetitive.

他以胜利者的姿态进入墨西哥城。
He made his triumphal entry into Mexico City.

他们偶然来到一个居住着一位狡诈的淘金者的废墟之城。
They stumble across a ghost town inhabited by a rascally gold prospector.

每逢7月4号美国独立日，哥伦比亚城的居民们都会举行热闹的聚会。
When July Fourth comes around, the residents of Columbia City throw a noisy party. 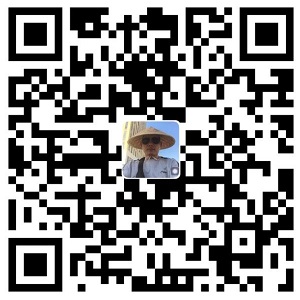